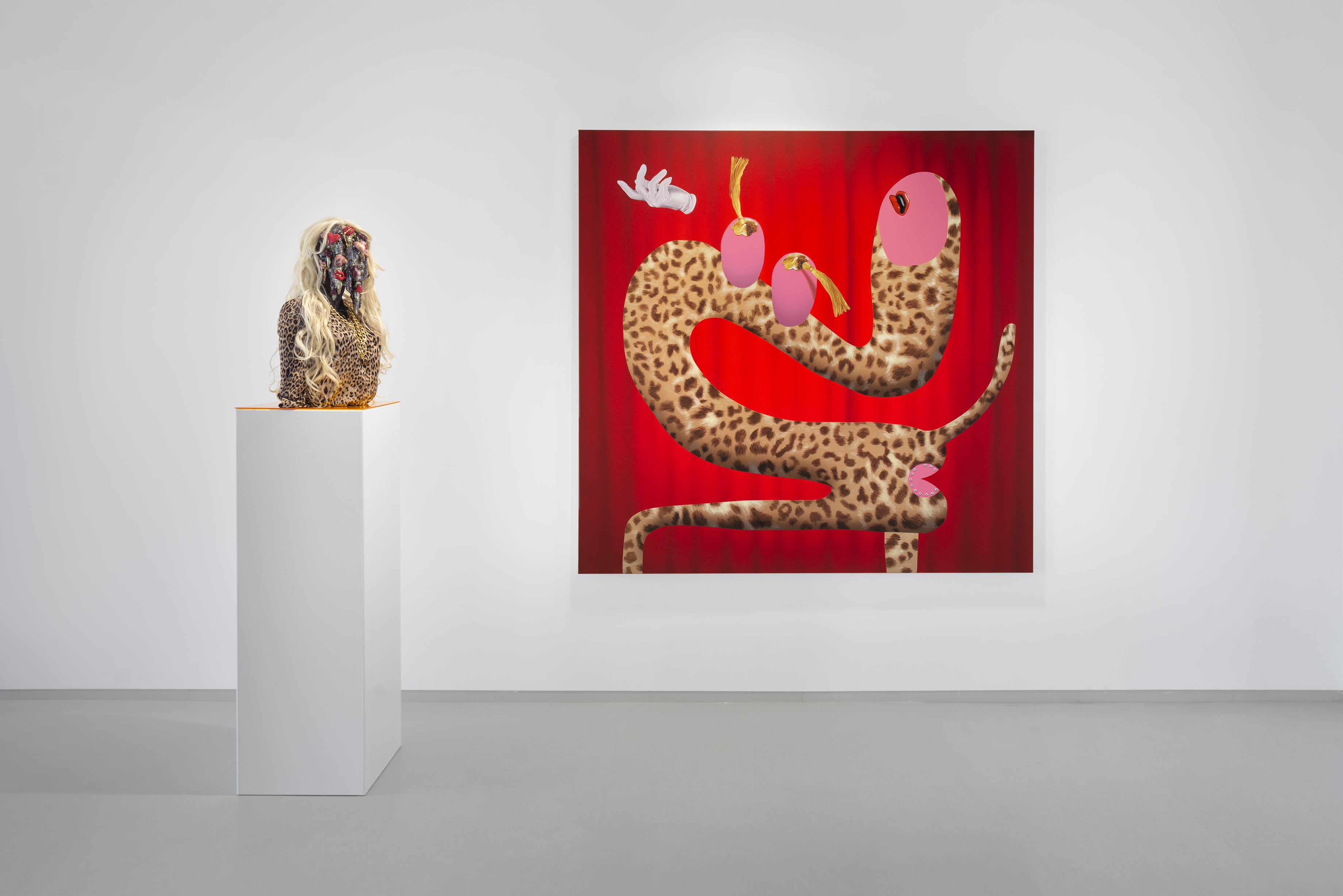 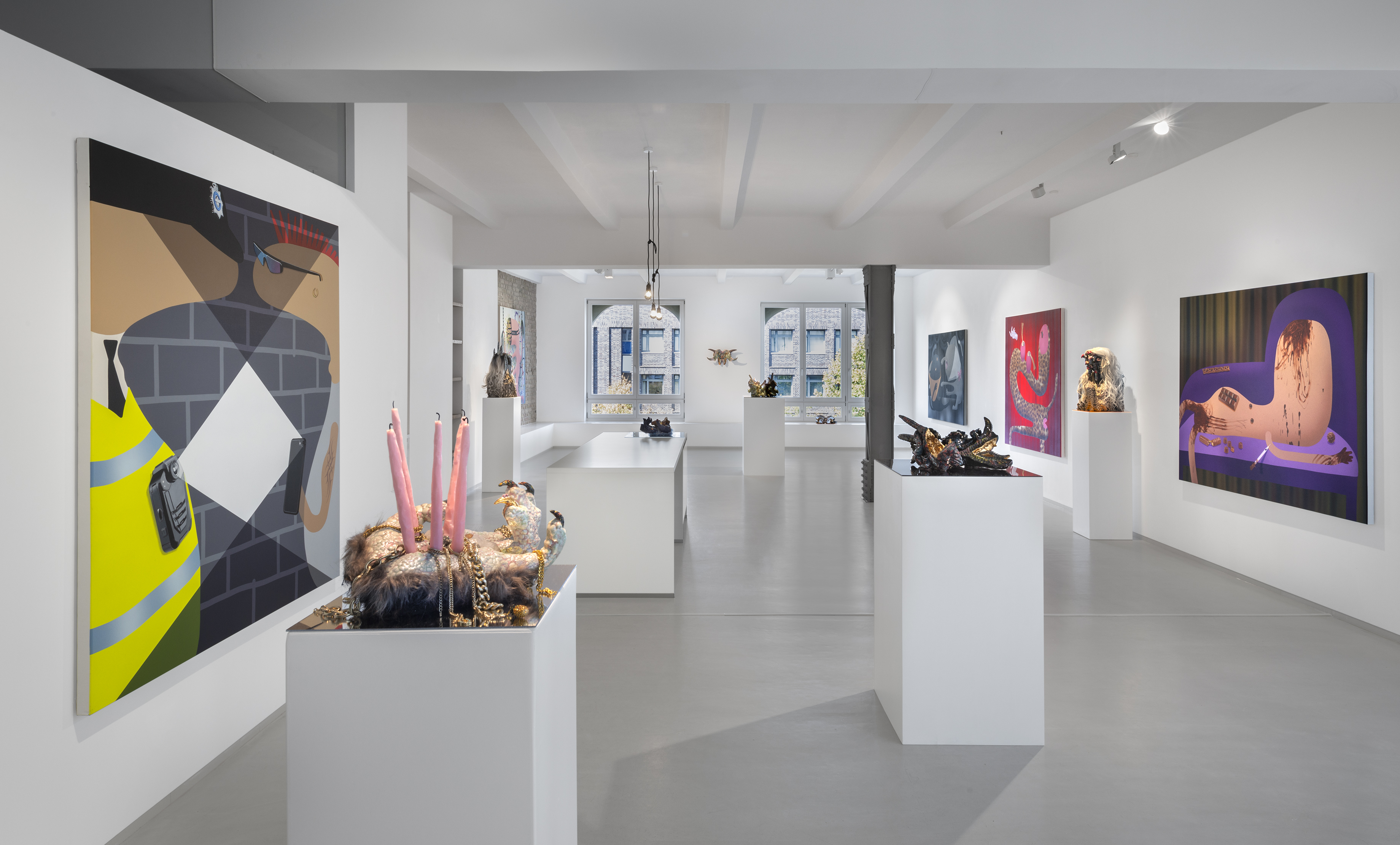 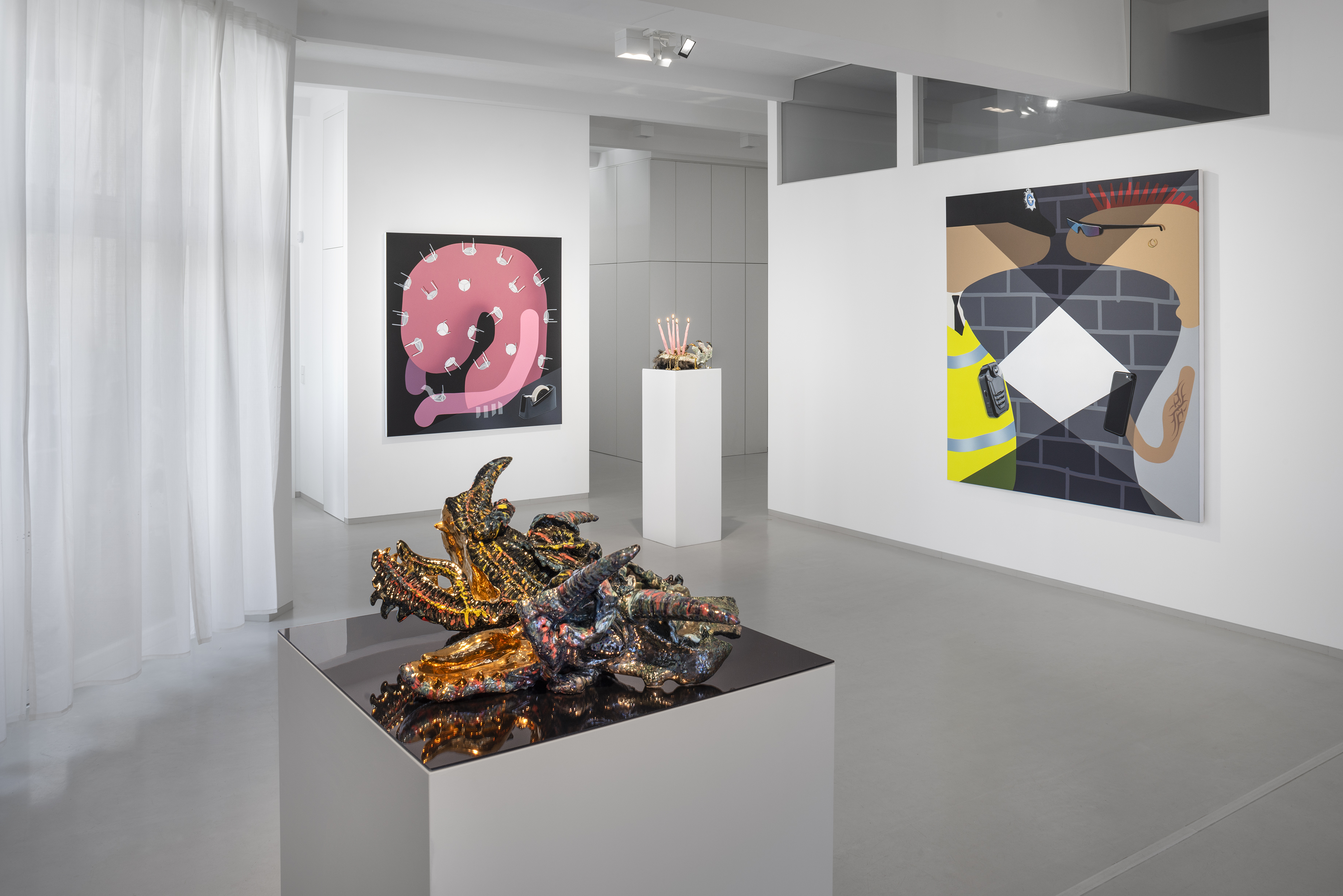 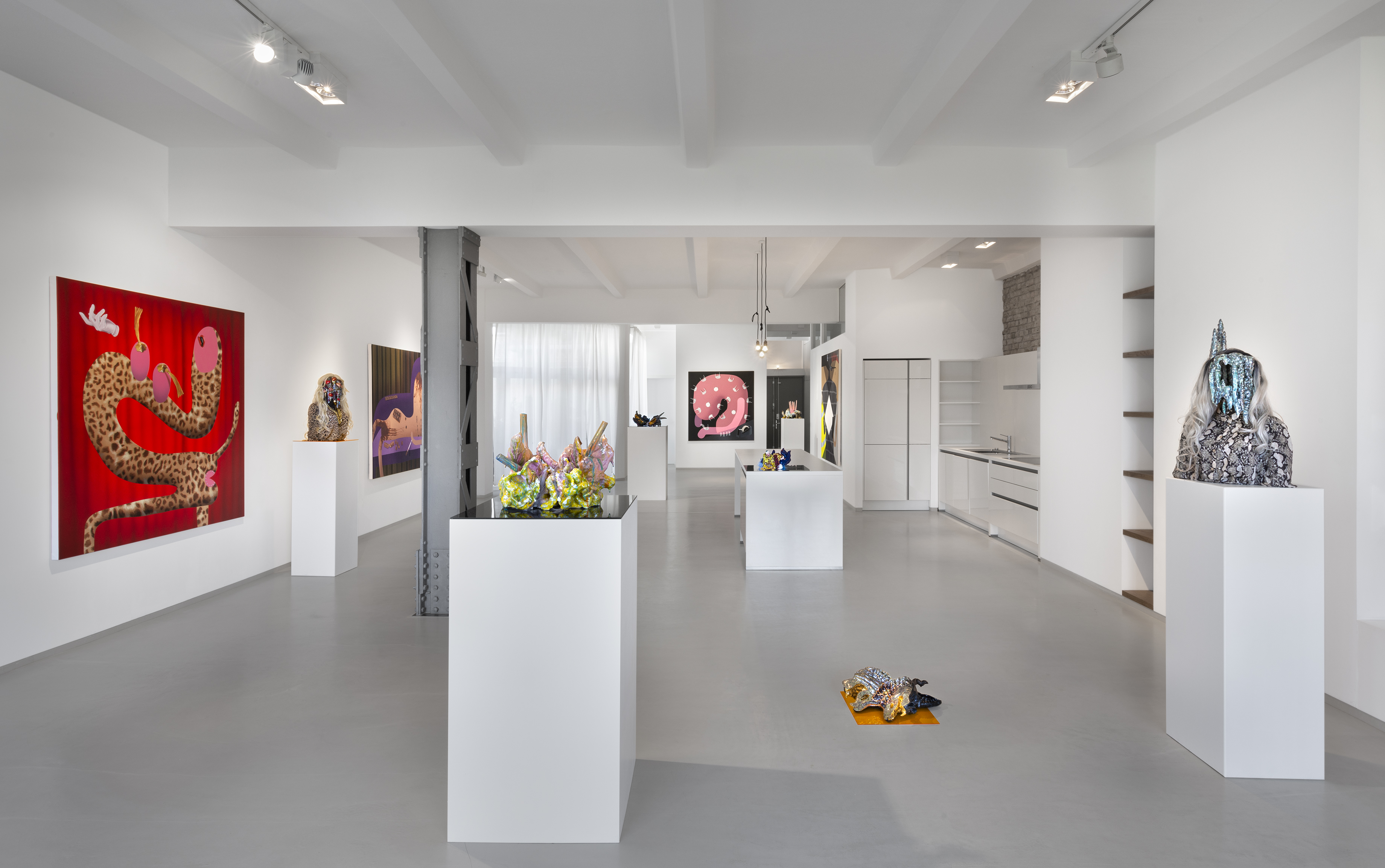 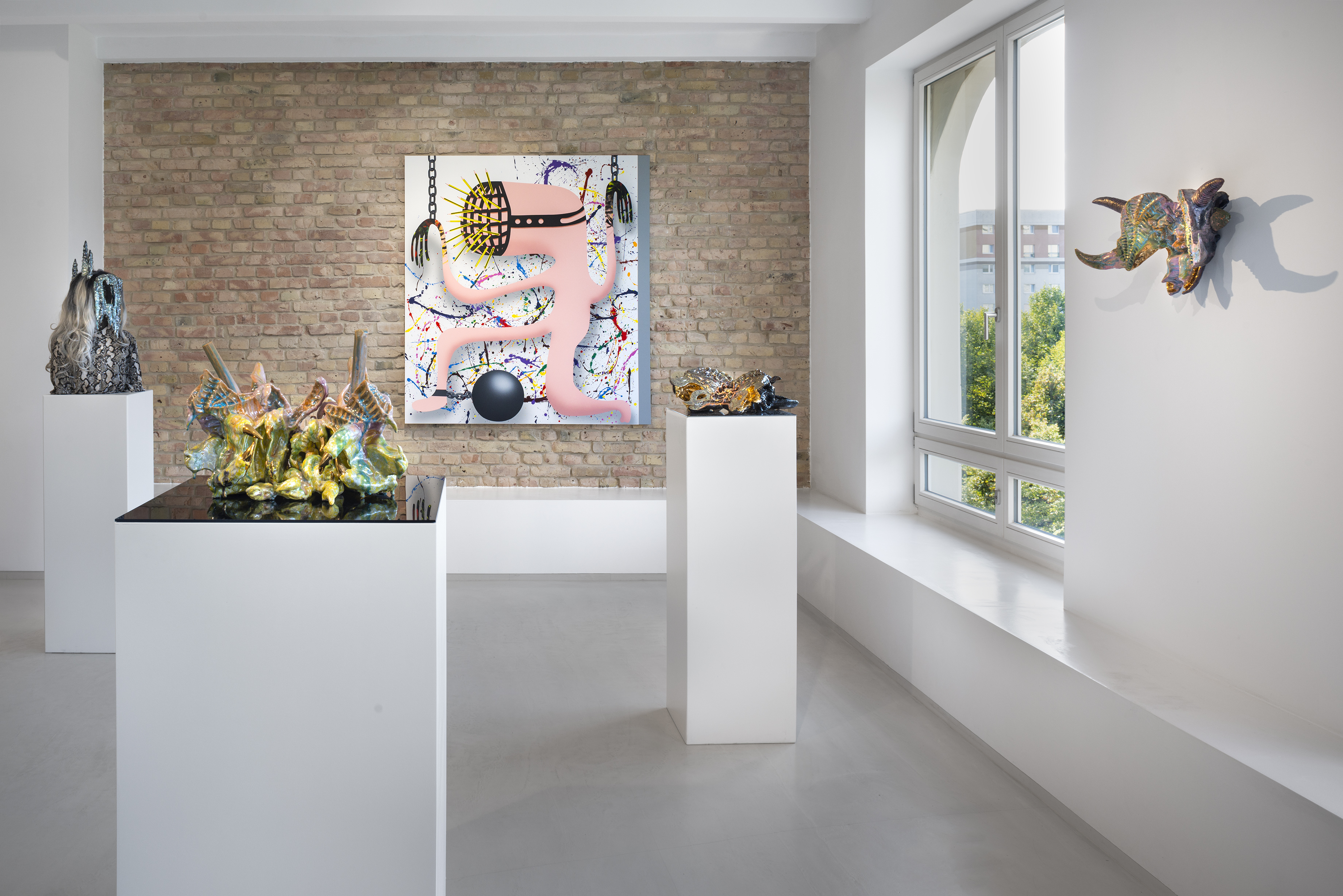 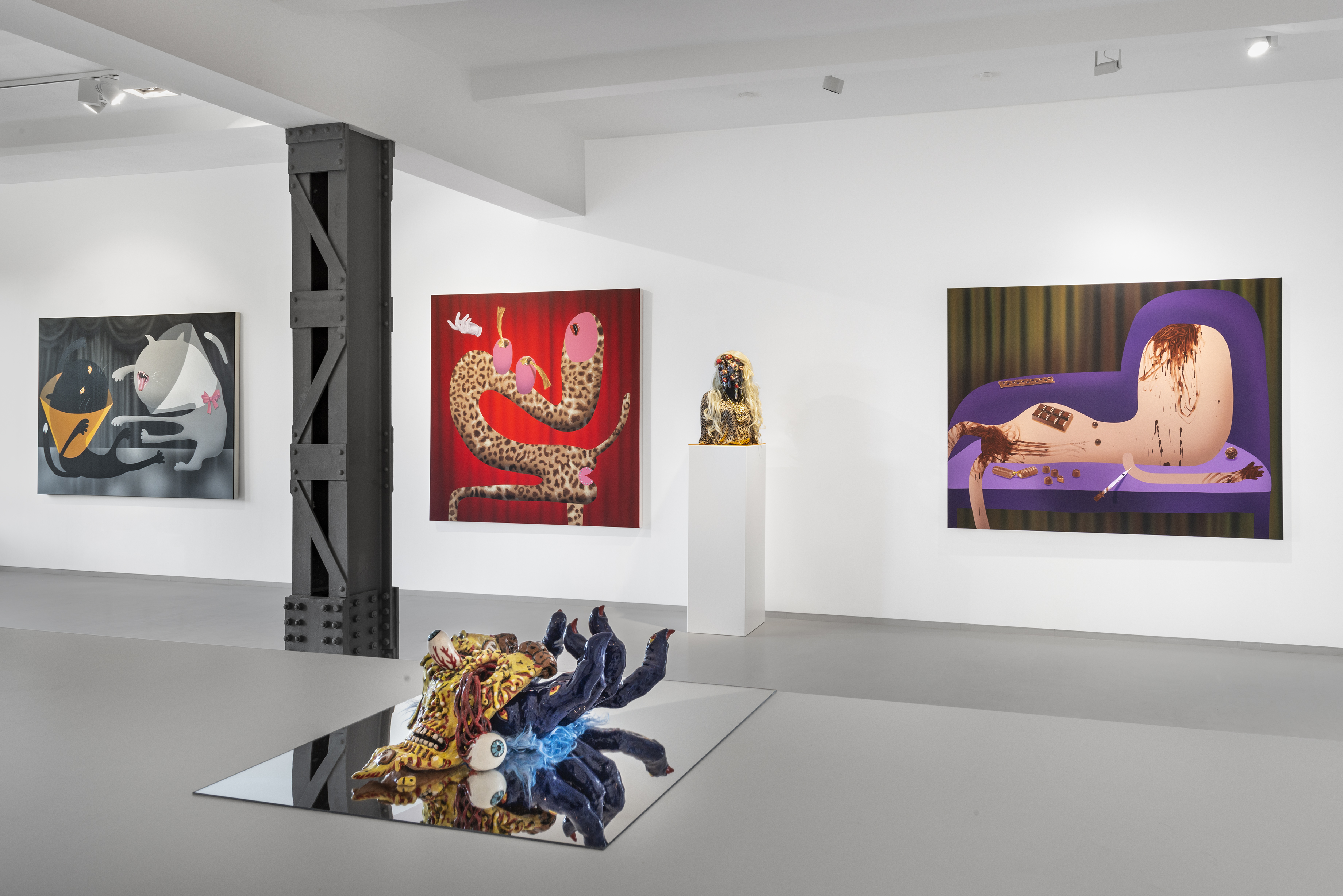 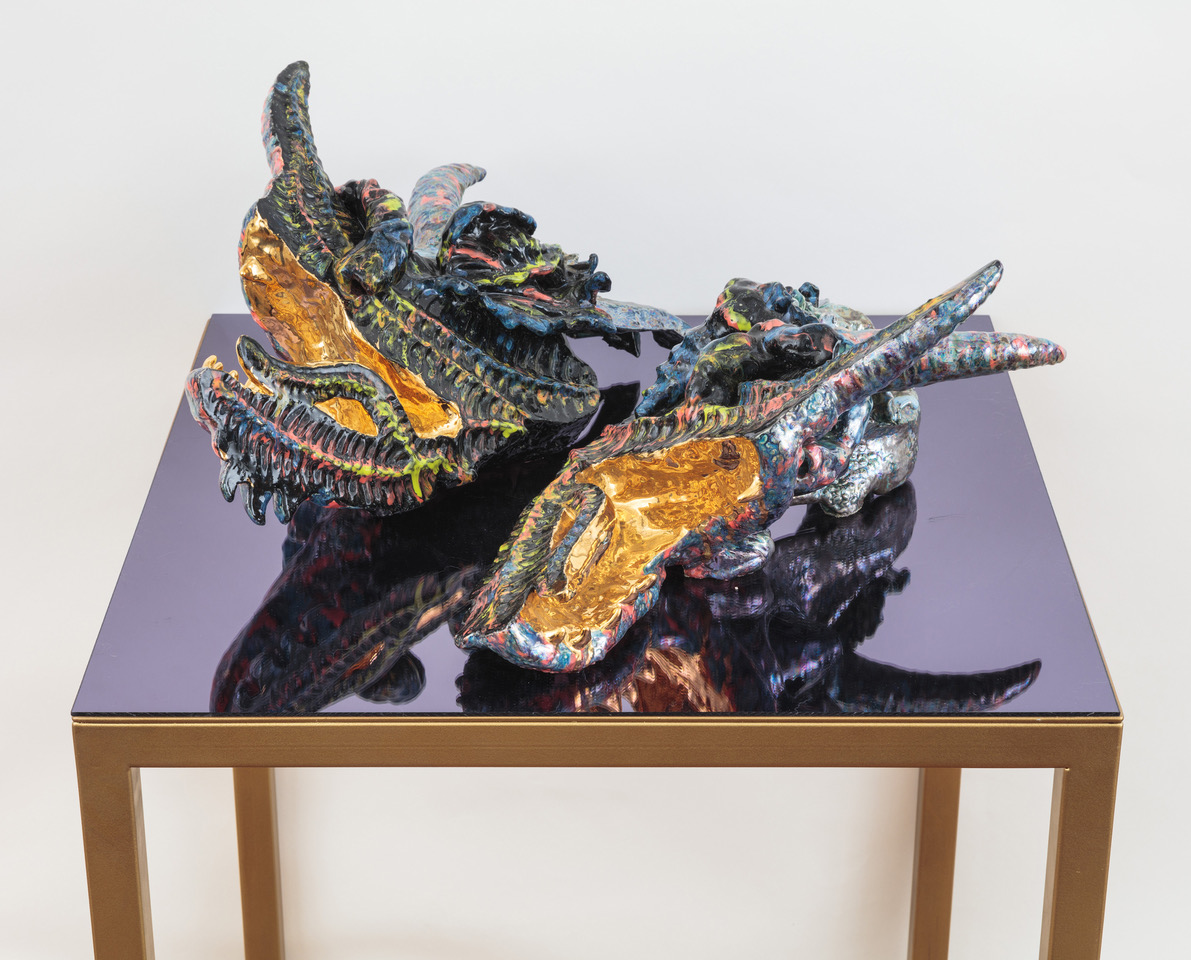 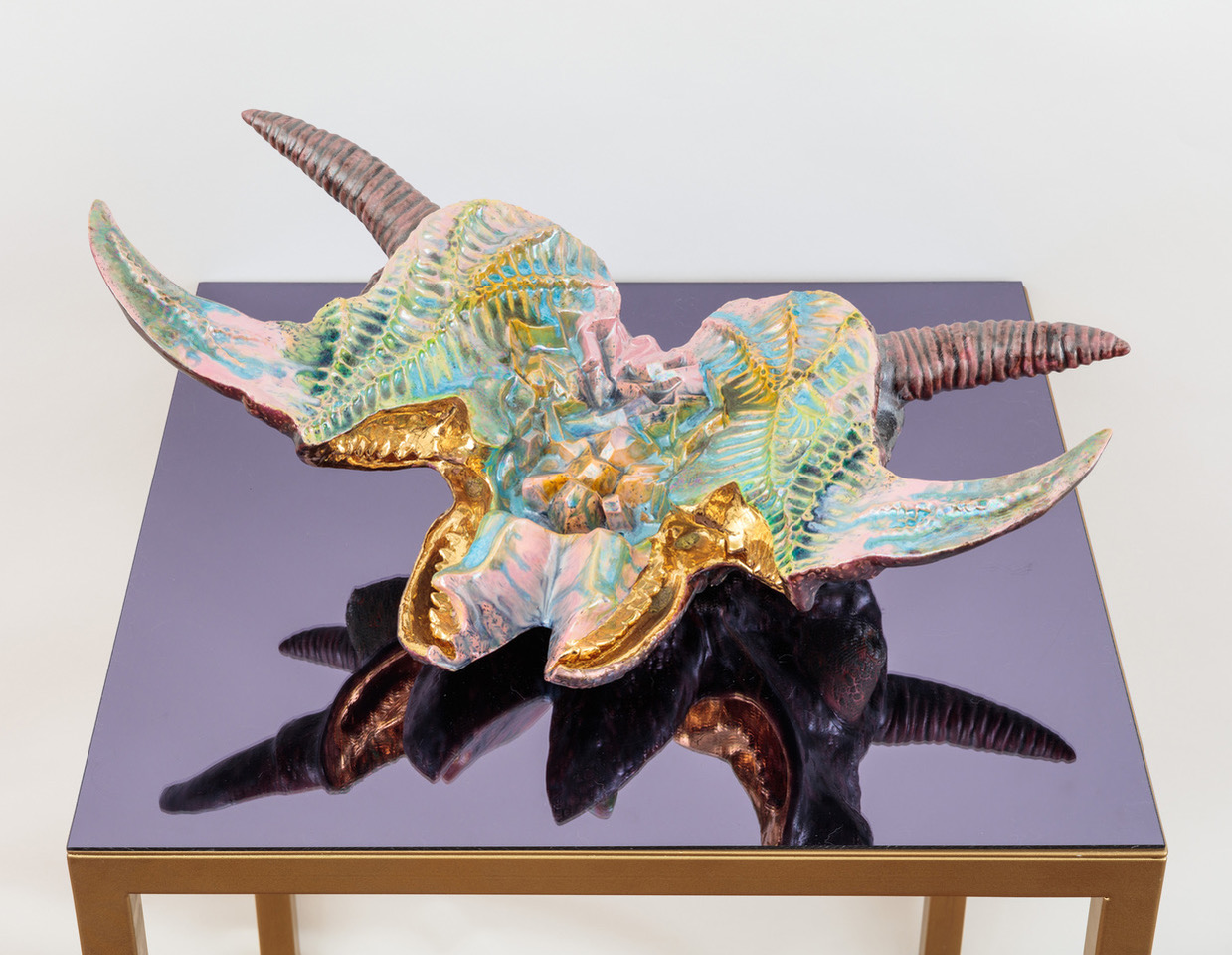 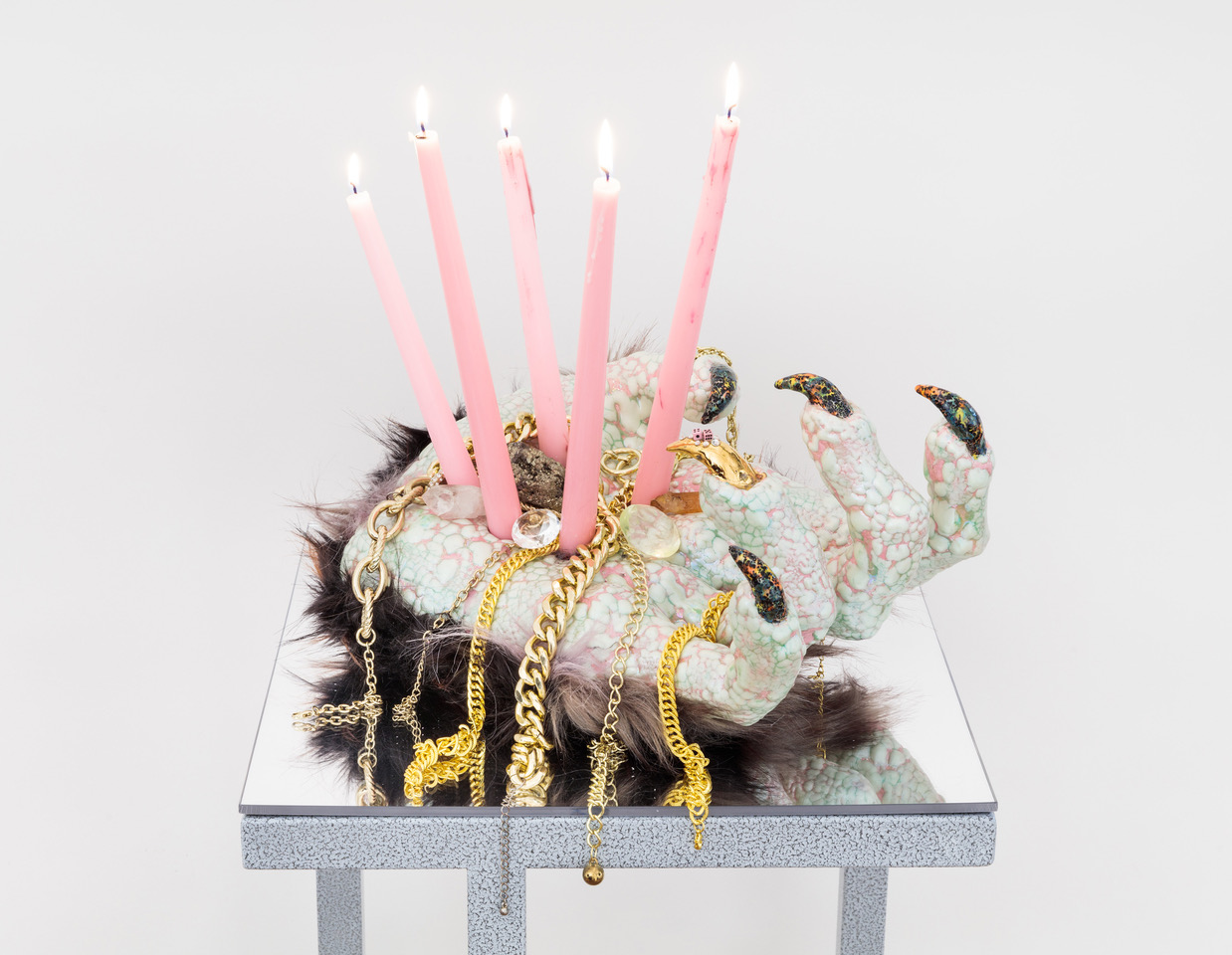 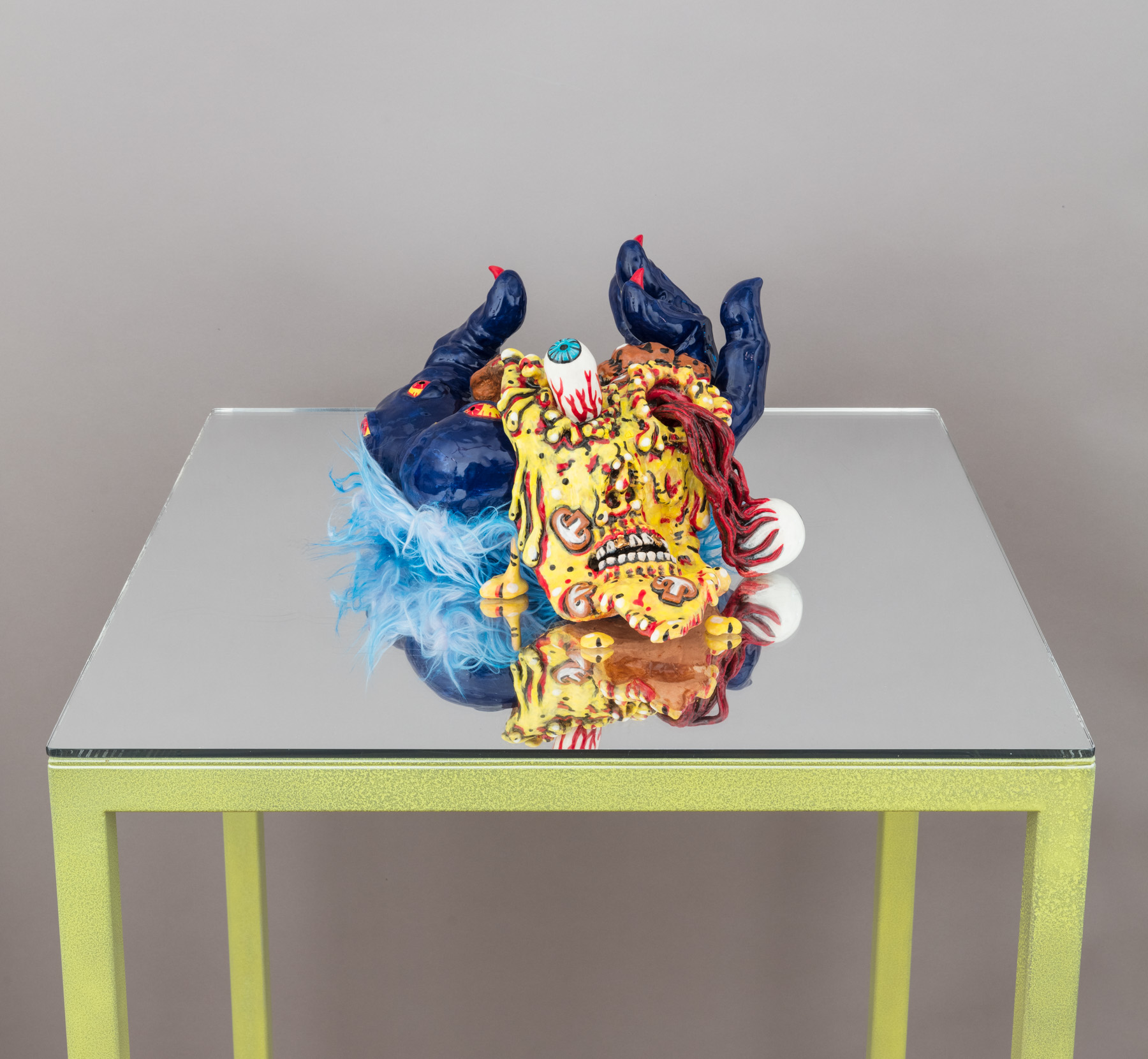 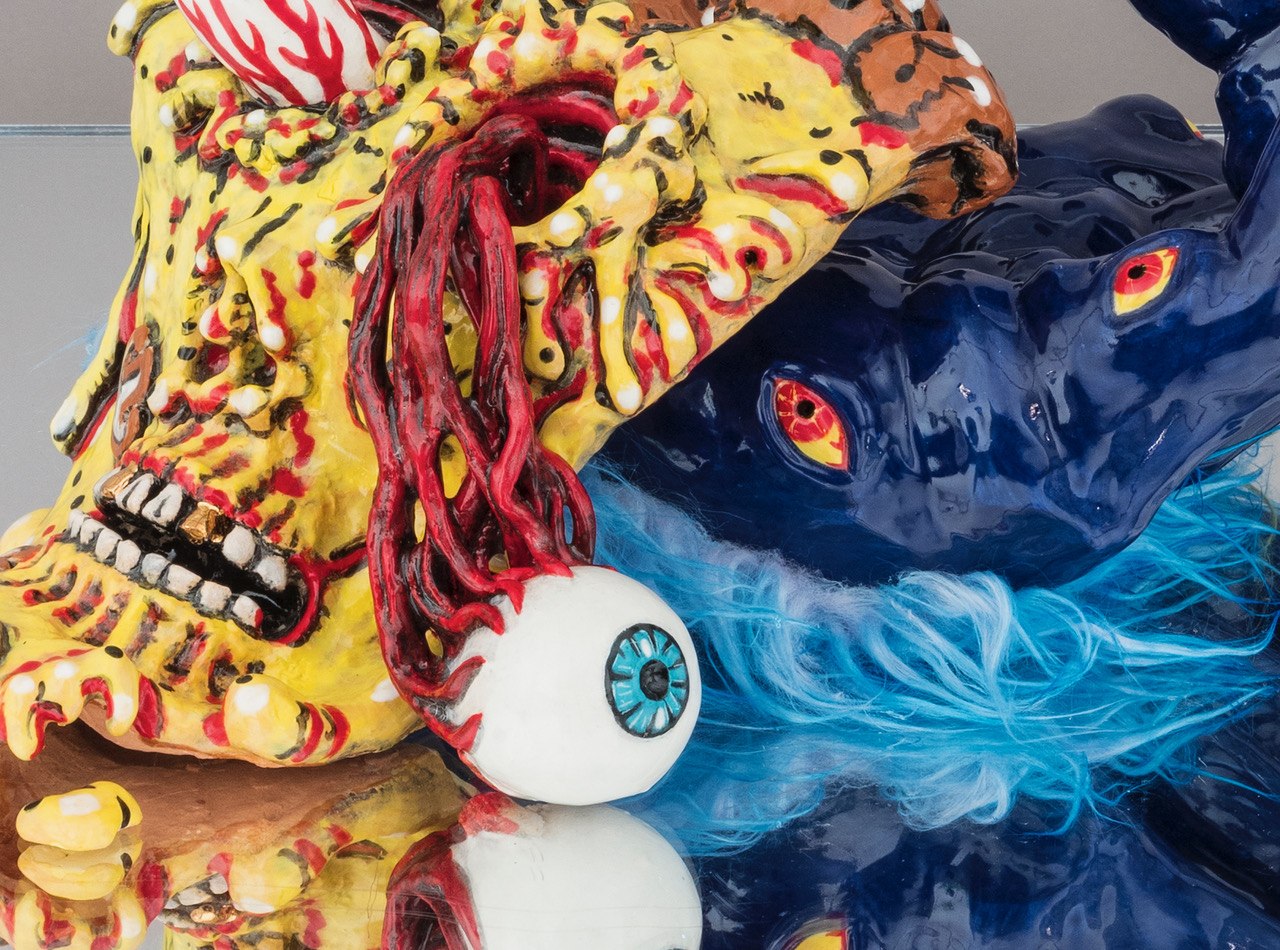 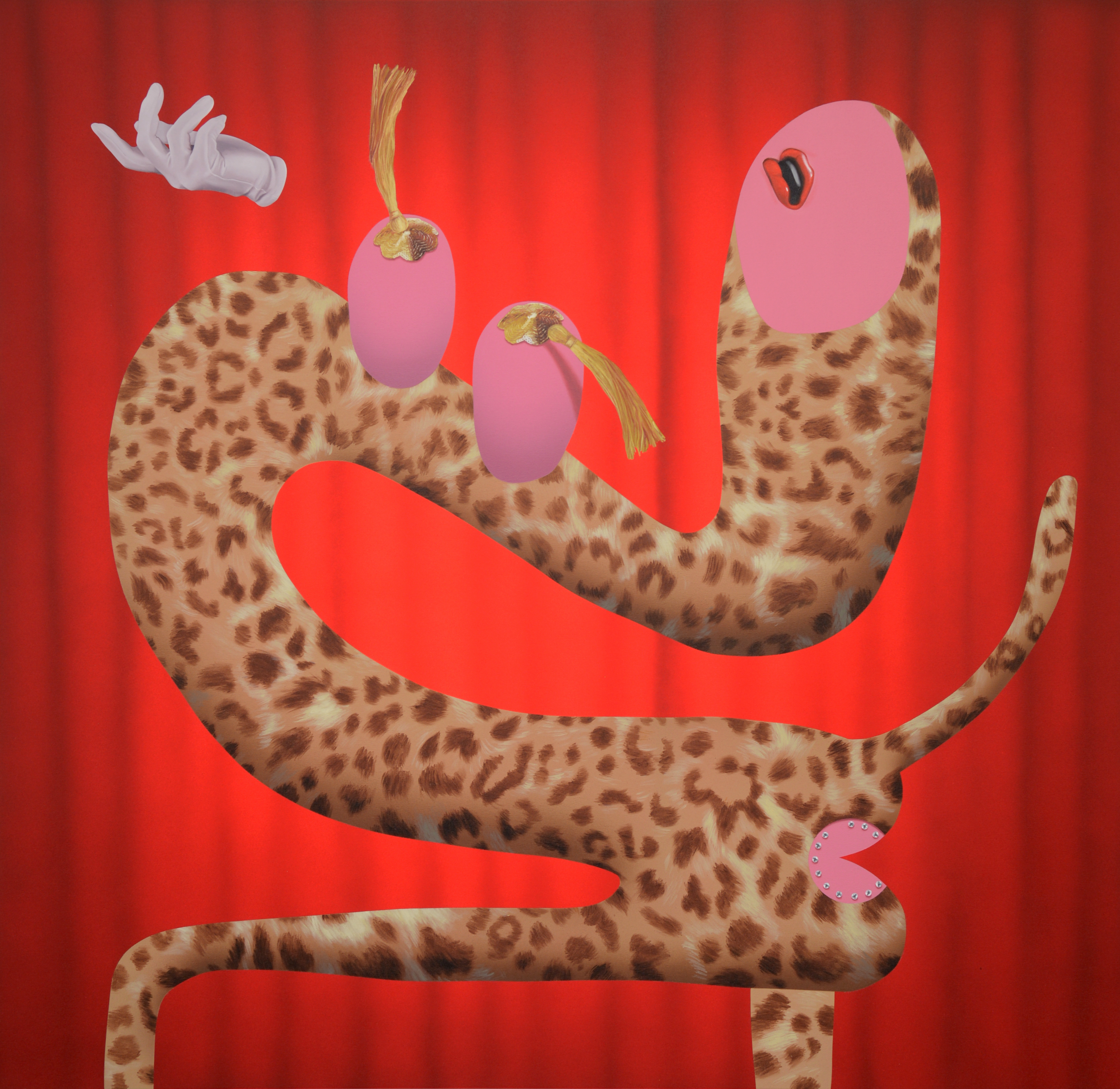 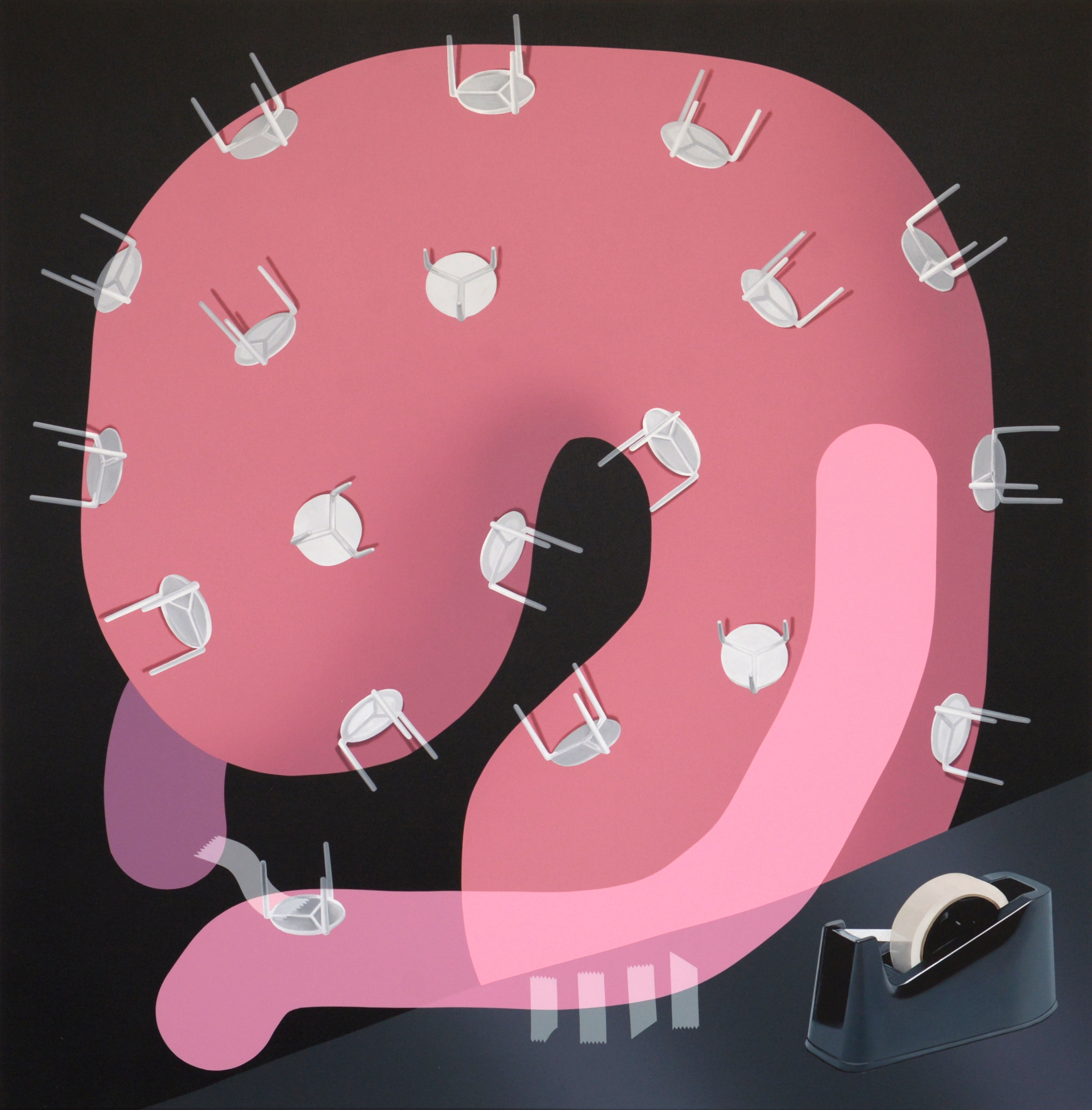 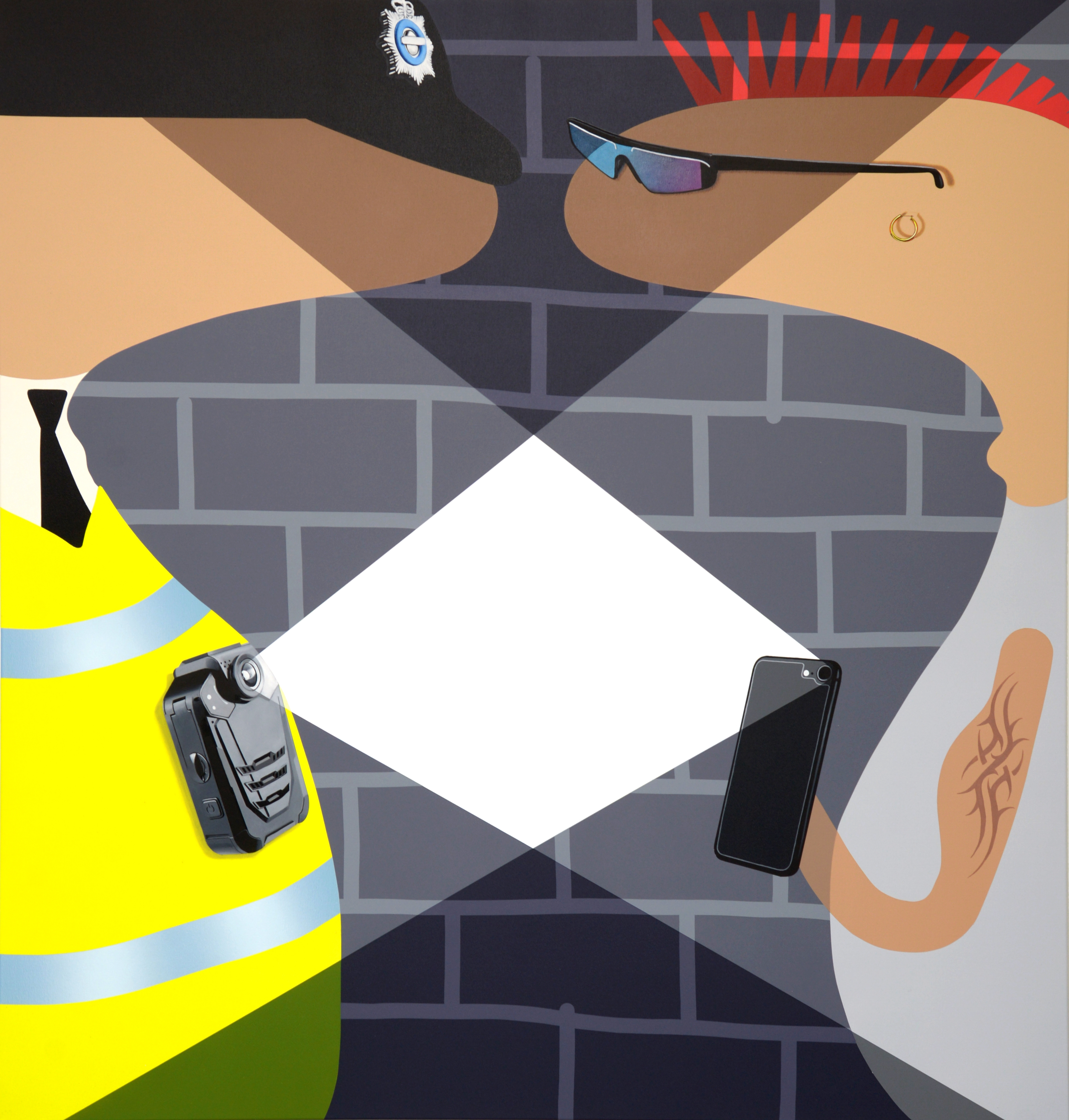 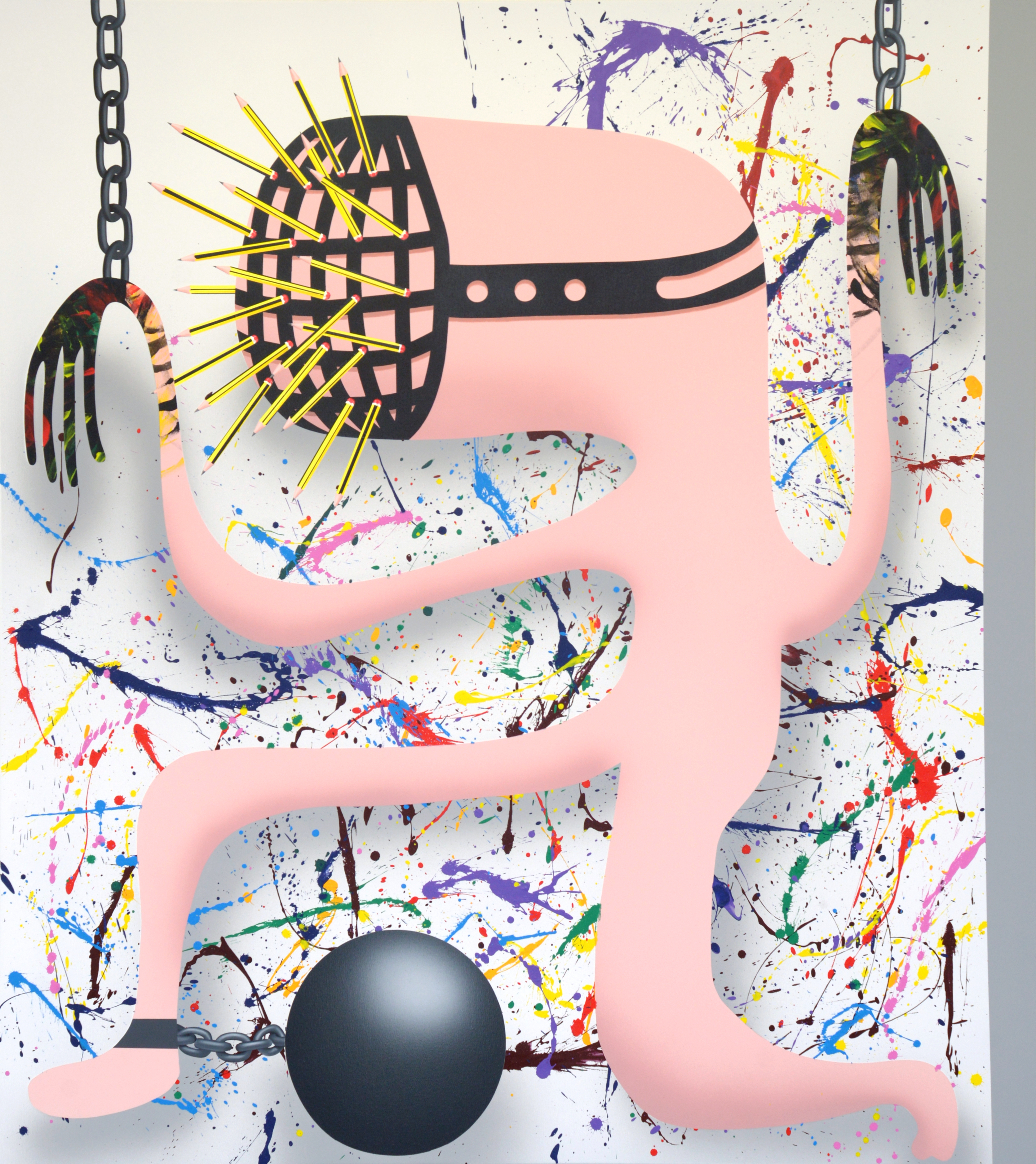 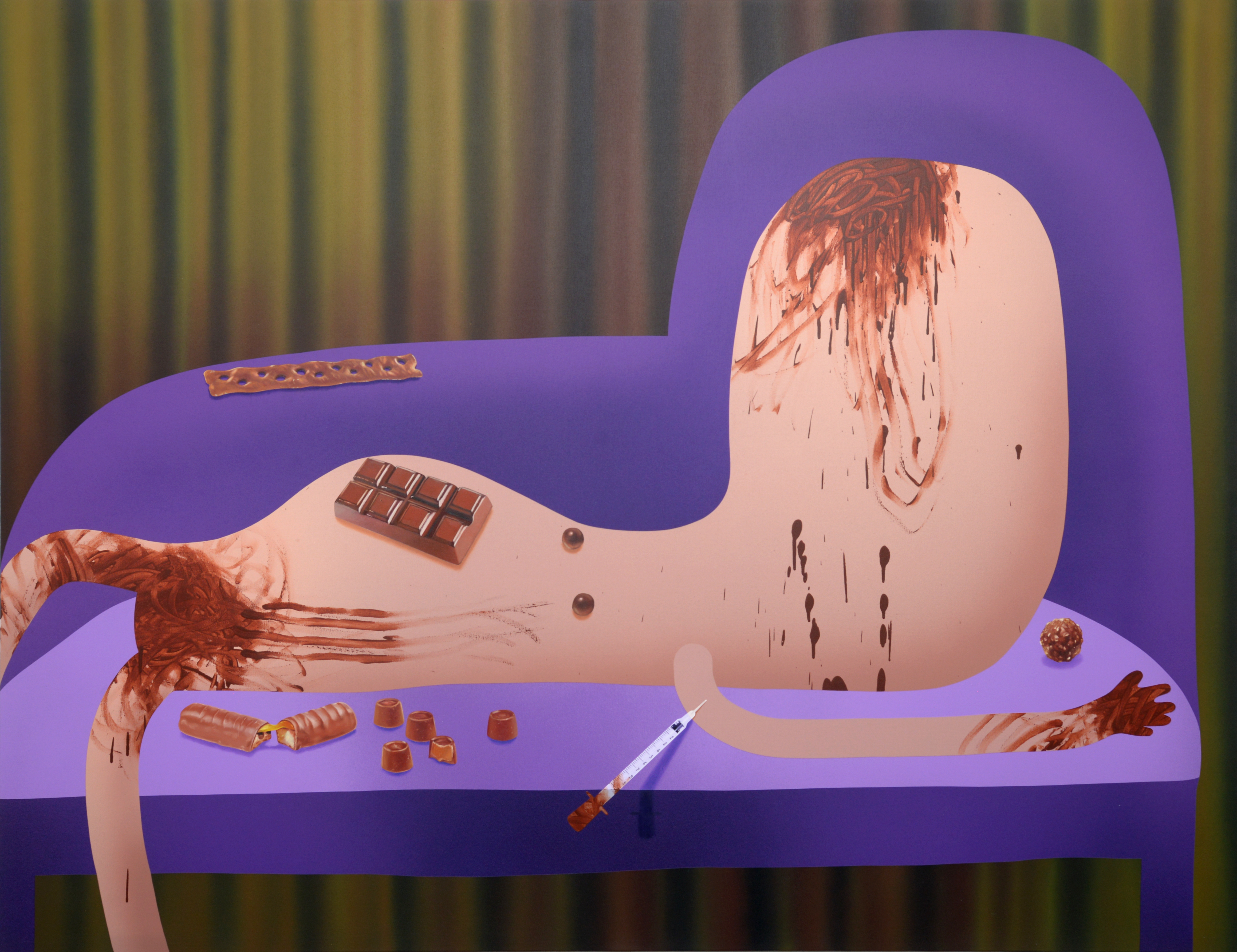 Karma comes in two parts. Action and reaction. What you give dictates what you’ll receive. Two players. Two perspectives. Two sets of desires and needs, pushing and pulling, in a constant feedback loop. It presumes a balance of free will and fate.

But what if these acting forces run amok? And we lose control? Forces that prey on our deepest anxieties and terrorizing nightmares. Faceless forces. Unresolved ghosts. Hazy shadows of nostalgia, etched into our muscle memory. Melted. Encrusted. And bittersweet.

Painter Oli Epp and sculptor Roxanne Jackson have been working together in a karmic circuit, creating new works at PLOP, a studio residency in Central London founded by Epp. Through riffing on similar colors, forms, concepts, and subjects, their creative language and shared interests have become enmeshed and activated in each other’s works. The stage has been set for tragic-comic misfortunes to play out.

Epp’s paintings offer a series of vignettes, each with its own austere backdrop and a cast of faceless characters with exaggerated, rubbery limbs. These creatures, haunted by nameless anxieties, are defiant and curious, yet highly vulnerable to external influence like disease, addiction, surveillance, and bondage.

In parallel, Jackson’s ceramic sculptures of splayed animal heads, swollen hands, and humanoid creatures are presented on mirrored surfaces that reflect and fold in on themselves. Animal spirits, vampiric features, and gore are met with absurd compositions and camp gestures. Lurid nightmares come to life through fire and melted glaze. Visions so grotesque and absurd, they tip the balance from horror into humor.

By awakening the shackled ties of cause and aftermath, the works in Karma tap into one of the most frightful riddles of existential terror—that facing our darkest fears means facing ourselves.