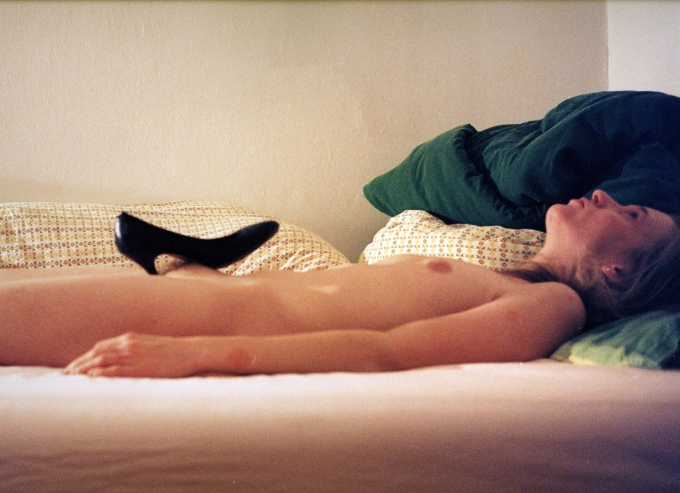 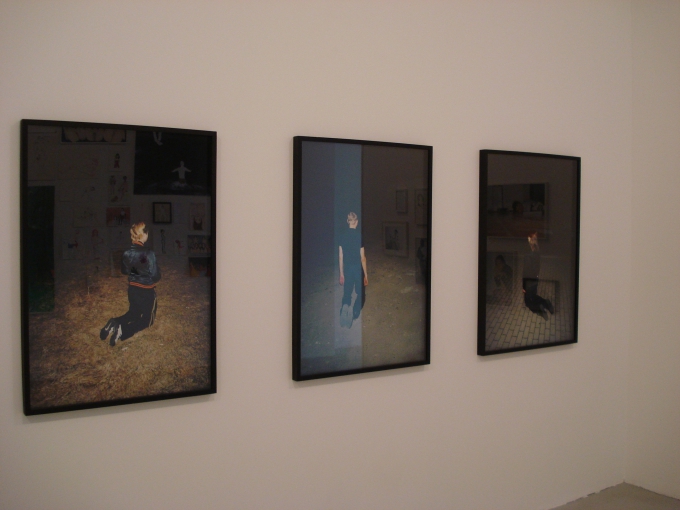 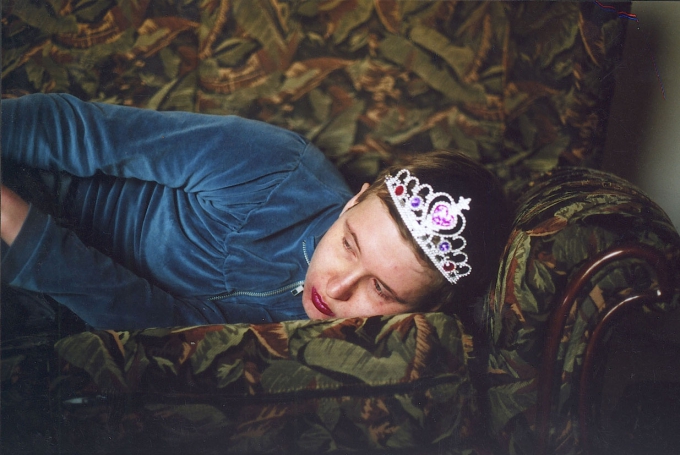 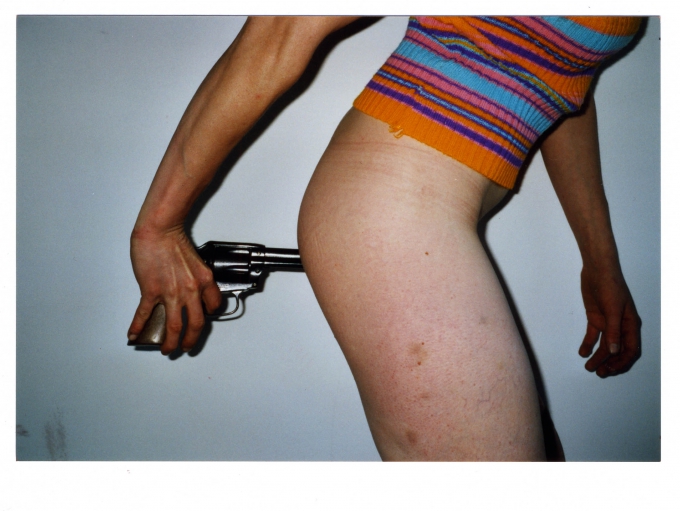 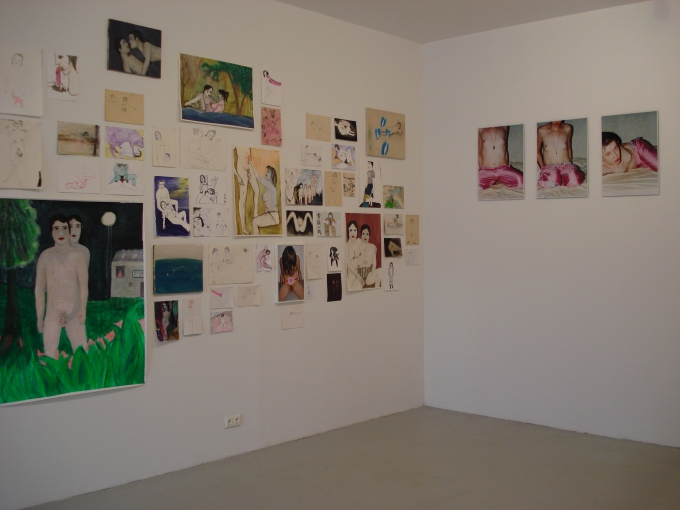 INFO
DUVE Berlin is pleased to announce *VOM HIMMEL GEFALLEN*, featuring a new body of drawings, paintings and photographs by Leipzig born artist Grit Hachmeister, presenting new reflections on her ongoing interest in the body, its sexuality and desires.
Shamelessly naive scribbled onto paper, a repertoire of erotic situations that do not avoid any obscenity. In her exploration of the body, Hachmeister confronts us with the banality of ordinary, badly proportioned bodies and their absurd postures; here and there, a shy gaze looms lonely behind the surface of a face into the camera. In the drawings we see repetitious illustrations of utmost macabre physical connections of bodies, body parts and objects — a nail that pierces a tongue, a lip that sucks a toe, a firework exploding out an asshole.
Anchored in a loose connection between the languages of photography, drawing and performance, Grit Hachmeister's works convey a ruthlessly ironic view on the body and its desires. Persistently, her works cross the lines of conventional sexual imagination and conceptions of beauty, but not as an end in itself. Her motivation is rather to extract an index of the ambiguity of bodily sensation revealing the less visible and underrepresented. Counteracting a rude fuck with her characteristically naive, comic-inspired drawing style methodically confuses conventional notions of innocence and guilt. Hachmeister's portrait of a half-naked girl equipped with boxer short and gloves in front of a wall covered with porn, complicates notions of femininity.
Hachmeister's work renders bodily sensibility as a diffuse field in which irony, wit, vulnerability, pain, sadness and passion are at close encounters. Desire seems always incomplete, pointing in multiple directions. The result: a defiant reclamation of a naive and childlike enthusiasm for the manifold states of the body and an erotics that accounts for the pleasures of chance and the unexpected.
On the occasion of this exhibition, Hachmeister has invited artists Jürgen Böheimer, Lysann Buschbeck and Katja Stoye-Cetin to contribute original works to her wall installation and leave traces of their own artistic desires. Previous solo and group exhibitions include Förderkoje auf der ArtCologne, ASPN (Leipzig), Kunsthaus, Essen, Ileana Tounta Gallery Athen/Griechenland, Hala Balanta, Sibiu/Rumänien, Neues Museum Weimar, EIGEN+ART.
Furthermore, we are pleased to announce world première of Alex Mirutziu’s live performance “Leave Gordon alone”. On the night of the opening the artist will present a passionate and emotional approach of the character Gordon Brown. The performance explores how youtube’s short video statements can profoundly disrupt the apparent rigidity of pro and con arguments surrounding the political figure. Miruitziu places himself in a mist of contradictions triggered by his social status as Romanian immigrant; adopting the unexpected and paradoxical position of one submissively bearing the guilt and deceptions of his adoptive country leader.