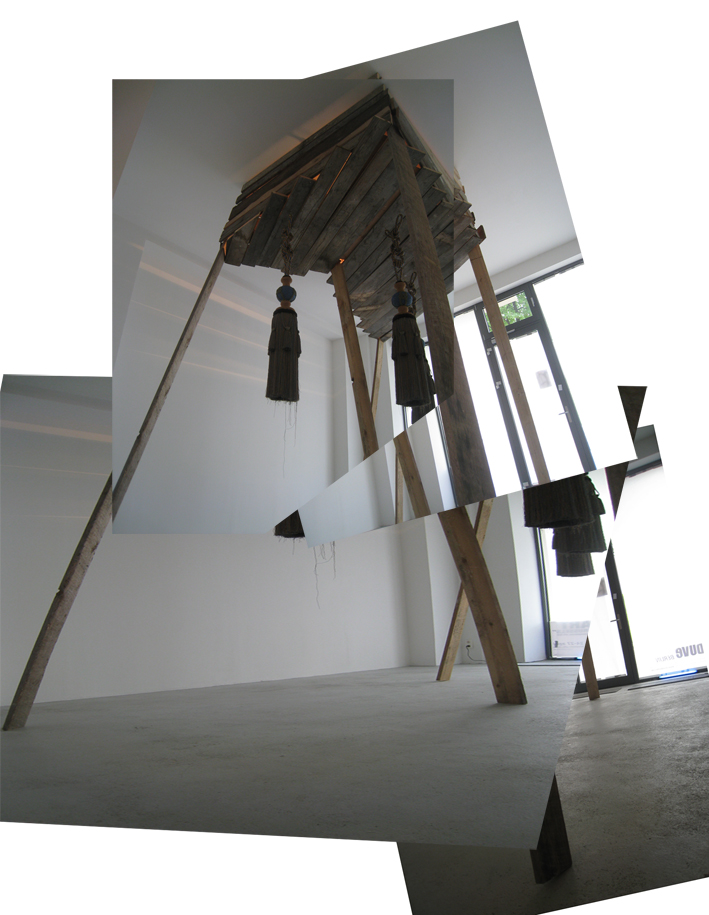 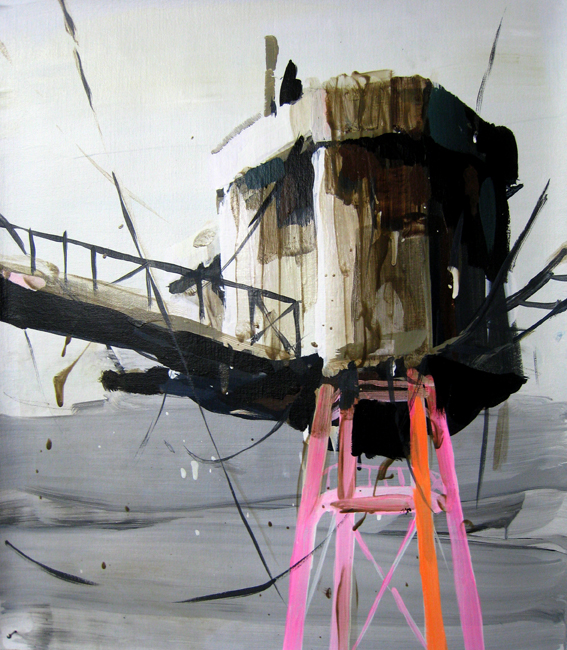 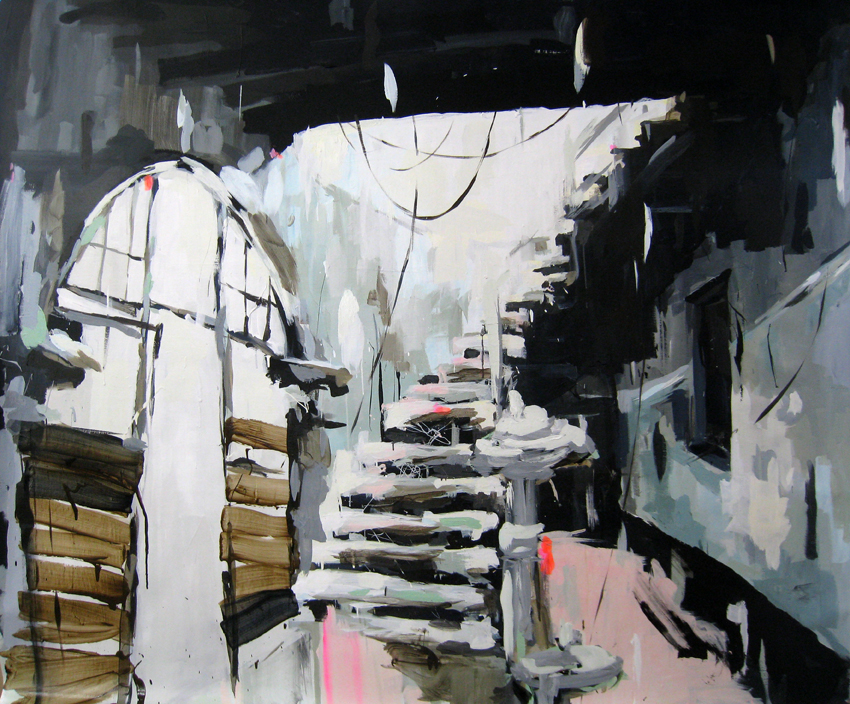 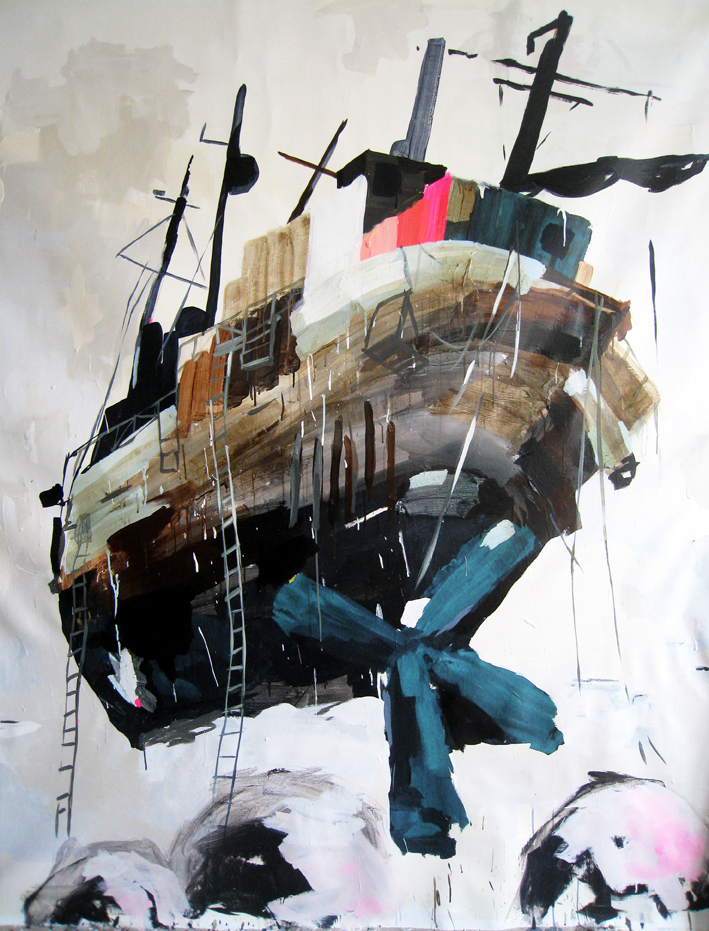 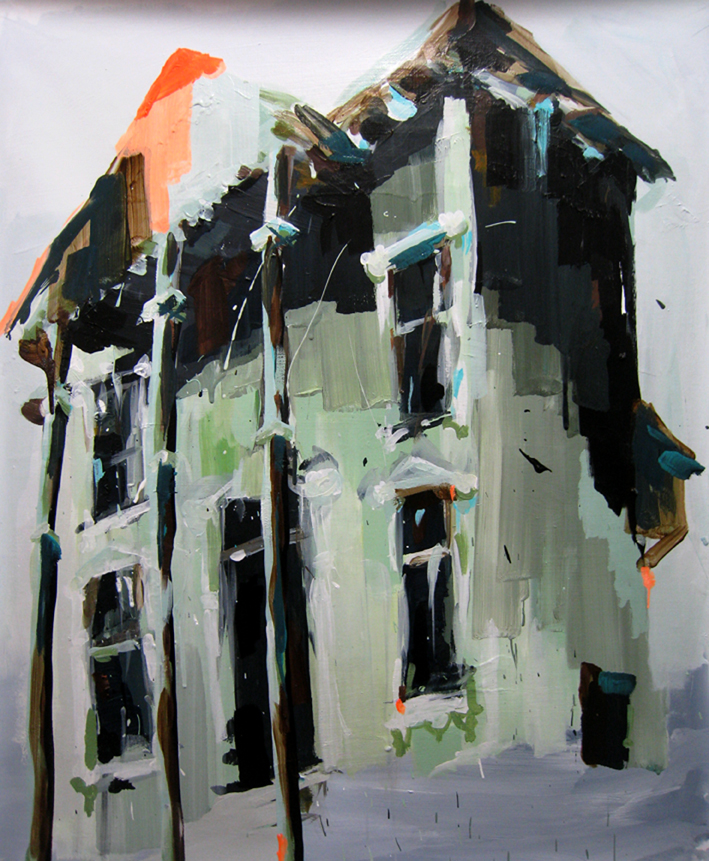 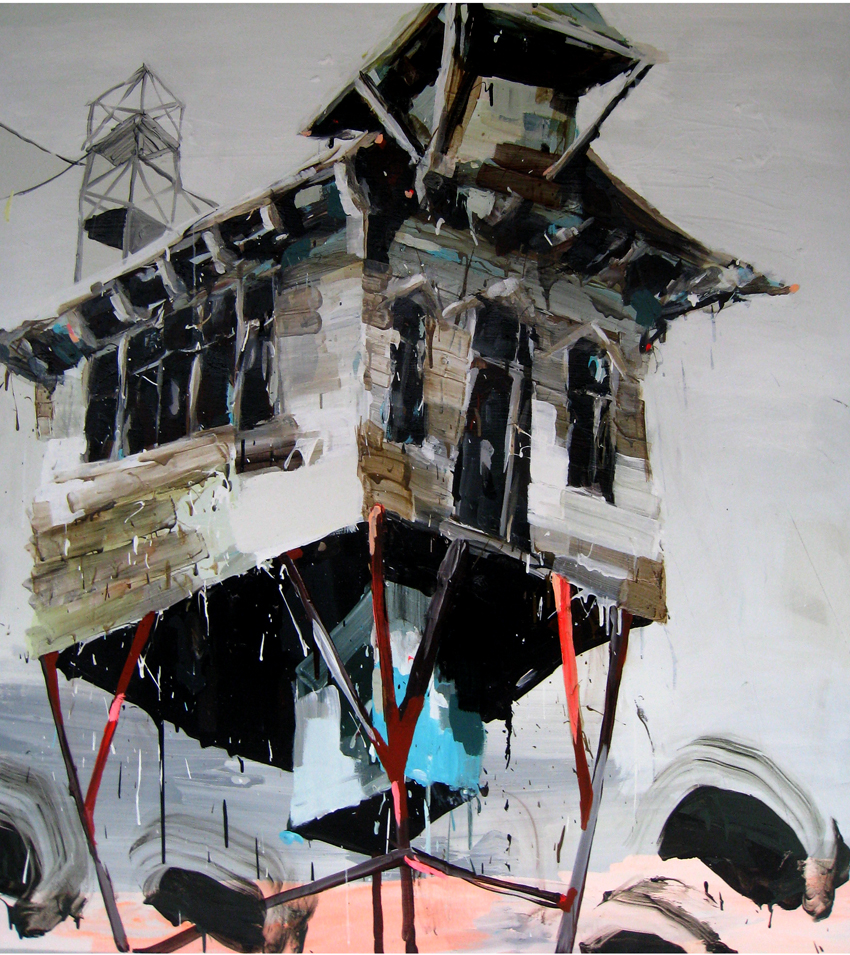 INFO
DUVE Berlin is pleased to present Danish artist Mie Olise Kjærgaard with her first solo exhibition at the gallery.

"Allegories", Walter Benjamin wrote in 1928, "are, in the realm of thoughts, what ruins are in the realm of things" (178). And, to give his thought a backward reading, ruins have long been taken as allegories: for the unsettling experience of change, for the moment in which man-made creation can no longer resist natures destructive forces. Kjærgaard's work evolves around the existential struggle between work of man and nature at stake within ruins and desolated landscapes – crumbling architectural structures and empty urban shells; mines, ships, watchtowers, sheds, and factories. All of them left for something else to happen, to mourn or remember. A mutation, an inhabitation, a penetration, extending themselves in unlikely ways.

*The Dreadful Sound When The Fish Went Fishing* invites you to the cold and lifeless regions of the Arctic Circle. The place evokes a feeling of: “They came, they saw, they conquered” - and where conquered one might add – revealing a subtle fatale undertone. Left of the old fisherman's town is only shattered houses, a fish factory, old boats. Kjærgaard's work inhabits these constructions, build upon their remains and infuse sound on what was once new. Big scale paintings in acrylic, their drips and splatters seeming to liquefy the solid, are accompanied by architectural structures standing on the limb of transformation. As if emerging from a sunken depth.
At first glance, Kjærgaard’s fascination with ruins takes on the pathos of the nostalgic look into the past, but in truth her buildings and urban spaces are much more than that. They give us the dizzying upwards perspective of a child, a notion of space in flux. Kjærgaard’s installations and paintings act as transition doors for our imagination to enter – for a moment we can all take the trip through the hole that led Alice into a land of wonder.
Holding a MA in Fine Art, as well as in Architecture, Kjærgaard explores the architectural circumstances of site and space on - and beyond - the canvas. At her 2007 MA degree show at Central St. Martins in London, Kjærgaard build a large wooden construction and showed a video, through a peephole, inside the stucture. The experience was a of room, having a door - but no wall.

At the last Istanbul Biennale, Kjærgaard showed the installation, *The Mourning Shed*. A twisted construction examining the architecture and long lost hope of an abandoned Soviet mining town by the Arctic Circle.

*The Dreadful Sound When The Fish Went Fishing* continues Kjærgaard's investigation of fallen utopias and like all her work, this exhibition should be seen as a series of unpredictable openings from the past into the future. When you are near the Arctic Circle everything is a machine. Nothing is present unless it is necessary.

Mie Olise Kjærgaard was born in Denmark in 1974. Her first US solo exhibition, *Penetrating Pores of Constructions*, opened at Barbara Davis Gallery in 2008. In September 2009, she will have her first museum solo exhibition at Skive Kunstmuseum in Denmark.